Terry Mosher has been cartooning since 1967 under the pen name AISLIN. While Aislin’s career has been principally associated with the English-language newspaper The Montreal Gazette, his work has been reproduced far and wide. Many of Aislin’s 14,000 cartoons are now held in the collection of Montreal’s McCord Museum. Over the years, Mosher has written or contributed to 51 books.

His two most recent publications are:

PROFESSIONAL HECKLER
A biography of the legendary Toronto Star cartoonist Duncan Macpherson (1924-1993). Undertaken as a tribute to Mosher’s sometimes mentor, this collection of some of Macpherson’s best work, along with anecdotes that reveal the man behind the talent, was published in 2020 by McGill-Queen’s University Press. The book can be ordered online from various retailers and from the publisher, McGill Queens University Press. 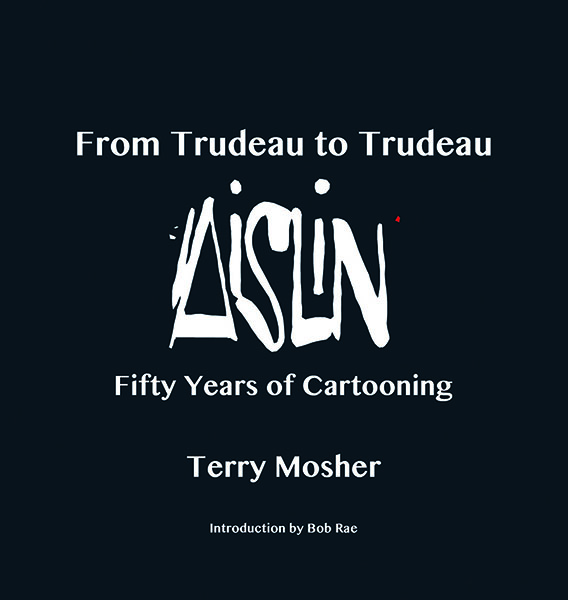 FROM TRUDEAU TO TRUDEAU:
Fifty Years of Aislin Cartoons
Published in 2017, with an introduction by Bob Rae, the book contains all of Aislin’s classic caricatures from the course of his career, accompanied by personal anecdotes and – where needed – historical context. The book is self-published and can be ordered here: terrymosher@aislin.com

For signed copies of either book, please contact: terrymosher@aislin.com